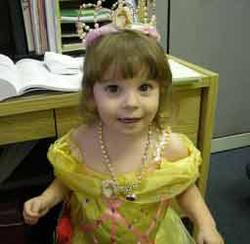 Like so many others, I’ve been wrapped up in the Casey Anthony case.  I have been watching/listening during the day at work and here at home when I’ve been able to fit it in.  As my hubby will tell you, when I become involved in something, I don’t just like it – I love it and immerse myself in it.  I didn’t want to just watch the trial.  I had to know the “why”, “how”, “who” and whatever other information I could get my hands on.

The Orlando Sentinel had a lot of great information (this is also where I watched/listened to the trial while at work).  Amy Pavuk did an amazing job moderating the chat as well as reporting from the courtroom and answering questions for the different chatters when she was able to. (I fully intend on emailing Amy and anyone else there to thank her for the great job she did despite the huge number of people, multiple repeat questions and juggling so many things while keeping everyone up to date; I was so impressed)  I thought the Prosecution did an amazing job with their closing arguments and expected a guilty verdict because of the information they left the jury with.  I’d love to spend some time with Linda Drane Burdick and Jeff Ashton.  They both seem like very logical, common sense type people and I think I could learn a lot from both of them.  Another person I’d love to spend time with is Judge Belvin Perry.  I loved his common sense and no nonsense attitude throughout the trial.

I don’t know that I agree with the verdict but I wasn’t in the position of deciding the fate of another person’s life so I can’t much complain about the decision the jury reached.  I’m very curious to hear what the jurors say (assuming they’ll do an interview one day) about the things they considered, what stuck with them, ect.  Sometimes when you’re on the outside looking in, the answer seems so much easier than when you’re there in the thick of the situation.  I’m also curious to see if their thoughts or opinions change once they’re back in the “real world” or not.

So how to Disney play into all of this?  On one of our recent trips to Disney the trial had just gotten underway I’d mentioned to my hubby that I wanted to go to the courthouse and watch the proceedings some day.  I think that was the point he knew I was invested in seeing justice for that sweet little girl – I was willing to give up time at Disney World to sit in a court room and pray that justice was done (I was praying anyways).  While I never made it to the court house, I did catch up during the trip through local news outlets like WESH and Orlando Sentinel.

If you’ve followed the case, you might know that there was a Disney bag collected as evidence and referred to several times throughout the trial.  Every time I heard mention of Disney or the bag during the trial, I kind of cringed.  If anyone watching this trial had never been to Disney and this is how they were hearing about the “happiest place on Earth”, it truly makes me sad that it’s associated with a young little princess passing away that brought Disney into their life.  To me, Disney is a very happy place and I’m more than sure Caylee Marie is enjoying her very own Disney World in heaven right now.  I wanted to interject that Disney could still be a happy place for so many people and wondered how that bag being part of a trial like this would affect (if at all) a non – neurotic person’s look at Disney.  I certainly hope that if anything, this trial convinces them to visit the area and experience Disney for themselves and think of little Caylee while they’re there.

Another way Disney comes into the mix for me is the way people were treated throughout the case.  During his closing, Jose Baez used some pretty foul language (in my opinion) and was quick to call others names.  That’s not Disney behavior at all!  I know many people I know would have no problem telling Mr. Baez to quit using that kind of language if we were at Disney (you know who you are). 🙂  Mr. Cheney Mason also had no problem at all bashing the media today when the verdict was announced but he was the one who stood in front of them to make the comments.  As any of my Disney friends would tell you, don’t stand up and beg for attention if you’re not wanting it.  Mr. Mason could have turned down working on the case or not made comments to the media.  He chose to work on the case and stand before the media so, in my humble opinion, he should have just zipped his lips if he’s got nothing nice to say.  Another person who showed some un – Disneylike behavior was Nancy Grace.  Not just in dealing with this trial, but I’ve seen this bad behavior many times from her and cannot stand to watch CNN when she’s on.  Today she was so rude to her fellow journalists who were trying to comment and share their thoughts on the happenings.  In the amazing Disney community I’m part of, no one would treat another person like this regardless of what they thought and their opinions.  It saddens me that people think any of these ways of talking to or accusing people is ok.  It most certainly is not and shouldn’t be encouraged by anyone.

I wish the love that’s felt in the Disney community was prevalent in other areas of life.  Things really would be so much better if we could all love and respect each other despite differences.

So, have you watched any of the trial?  What are your thoughts on the happenings?  Please remember that all comments need to be respectful or they will be deleted.

This site uses Akismet to reduce spam. Learn how your comment data is processed.

Lynn is a mom of three amazing children who's just trying to juggle everything while having a good time. When she's not planning a Disney vacation, she's likely at work or volunteering. Read More…